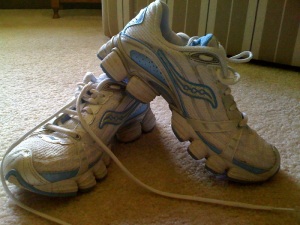 I was intrigued by the recent story in the news about the Runaway Mom, Tiffany Tehan.  I mean, who hasn’t ever thought of running away – even just once?

But, to actually do it is what?  Crazy, irresponsible, cruel, selfish, etc.?!  Especially the way that she did it – no contact what-so-ever.  What did she really think was going to happen?  That she could disappear and have her awesome, stress-free life now?

I’ve read some quotes from her in various news articles and here are a few gems:

The 31-year-old apologized on “Inside Edition” on Thursday and said her religious upbringing made divorce impossible.

– This statement just has me confused.  So betraying your husband, daughter, family and friends is deemed okay and congruent with your religious upbringing?

She says, in hindsight, that the decision to run was not right for her.

– Really? Ya think?  She has the under-developed frontal lobe of a teenager.  According to my almost 16-yr-old daughter, teens make bad, short-sighted decisions because their frontal lobes aren’t fully developed.  Apparently, the frontal lobes are completely mature around our early to mid  20s, but hers must be idling at maybe age 15. 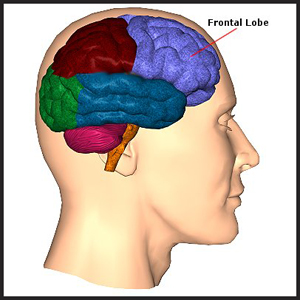 “In a nutshell I was feeling pretty overwhelmed with life, just the pressures of work and raising a 1-year-old daughter,” she (Tiffany Tehan) said. “I wish that I had handled things completely differently.”

– Who hasn’t felt this way at one time or another?  I mean, I have three kids! One seems like a cake walk now.  Anyway, you don’t runaway, you go out for martinis with your friends!  Did she think her “new” life would be any different? What if she had more kids with the new guy?  Refer back to the immature frontal lobe.

“I really didn’t think anyone would look that hard for me,” Tehan said. “Maybe a little bit, but not nearly what it turned into.”

– She really thought that her husband, parents, siblings and friends would just be like, “Well, she’s gone.  Nothing else we can do here.  Let’s get on with our lives!  At least she left us the car!”

There are others, but you get the picture.  One of the puzzling things for me regarding this story is the husband’s reaction.  It appears that he has forgiven her and wants her back.  Let’s face it, this whole story is perplexing.

Now, I’m not discounting her feelings of being stressed out and overwhelmed, just her reaction to it.  My husband and family will probably cringe when they hear this, but as I’ve driven in circles around Carmel doing my taxi duties after working all day, I have often thought, “What if I just keep driving and don’t look back?” (Of course, I would make sure all kids have exited the taxi first).  This thought popped in my mind more frequently when I was working full-time, but it still makes its way to the surface now and again.  There are some days when I feel that I just can’t keep up with my life and the life of my family (since I am family manager) and it is overwhelming.

I still haven’t called about Rachel’s driving test (that reminds me – I really need to do that!), the interior painting quote, the quote to replace all of our windows, the kennel for Jasper in May & June, Camp Pyoca for the kids, blah, blah, blah. . . . . . . .  Ummmm, maybe I should go upstairs to pack my bags and get in the car and drive.

I guess I will have to work on an escape plan later – another item for my “To Do” list.  Shoot!

2 thoughts on “A Tale of a Runaway (well, almost)”